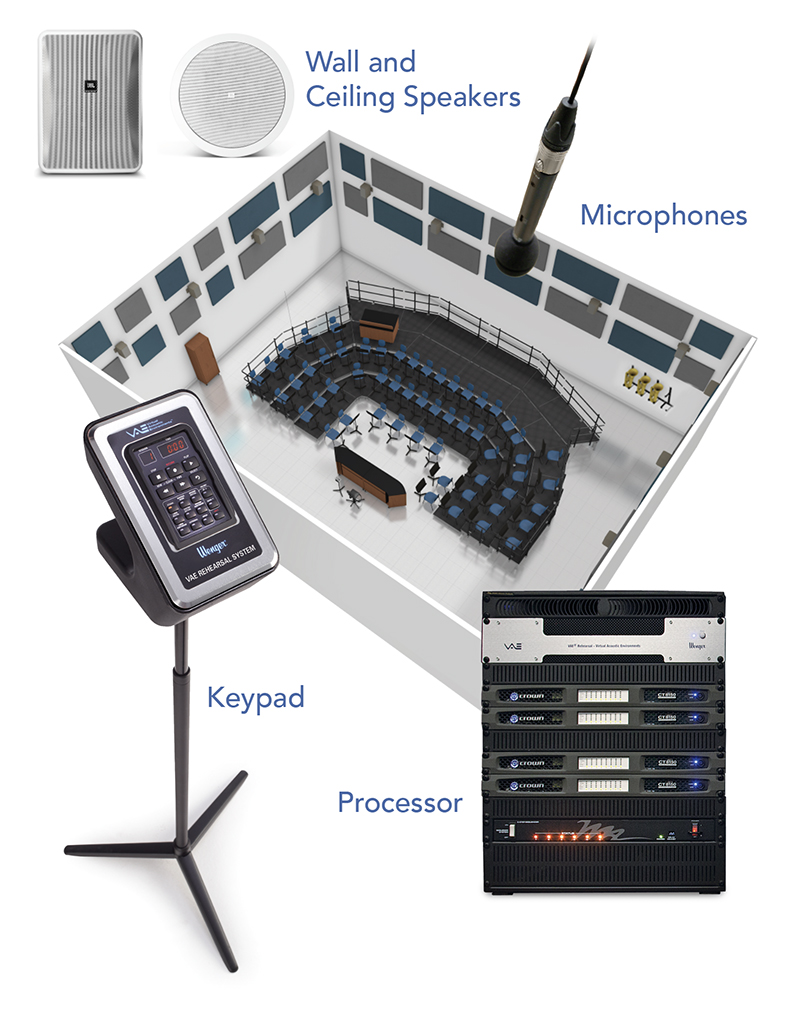 VAE Rehearsal’s ability to instantly change the acoustics of your rehearsal space makes it a revolutionary learning tool. The system is customized to fit your rehearsal room and is compatible with a wide range of room sizes in schools that are brand new or 100 years old. The components of the system include the keypad controller, a processor, suspended microphones and wall and ceiling speakers. Working together, they will dramatically improve how you teach and your students listen! 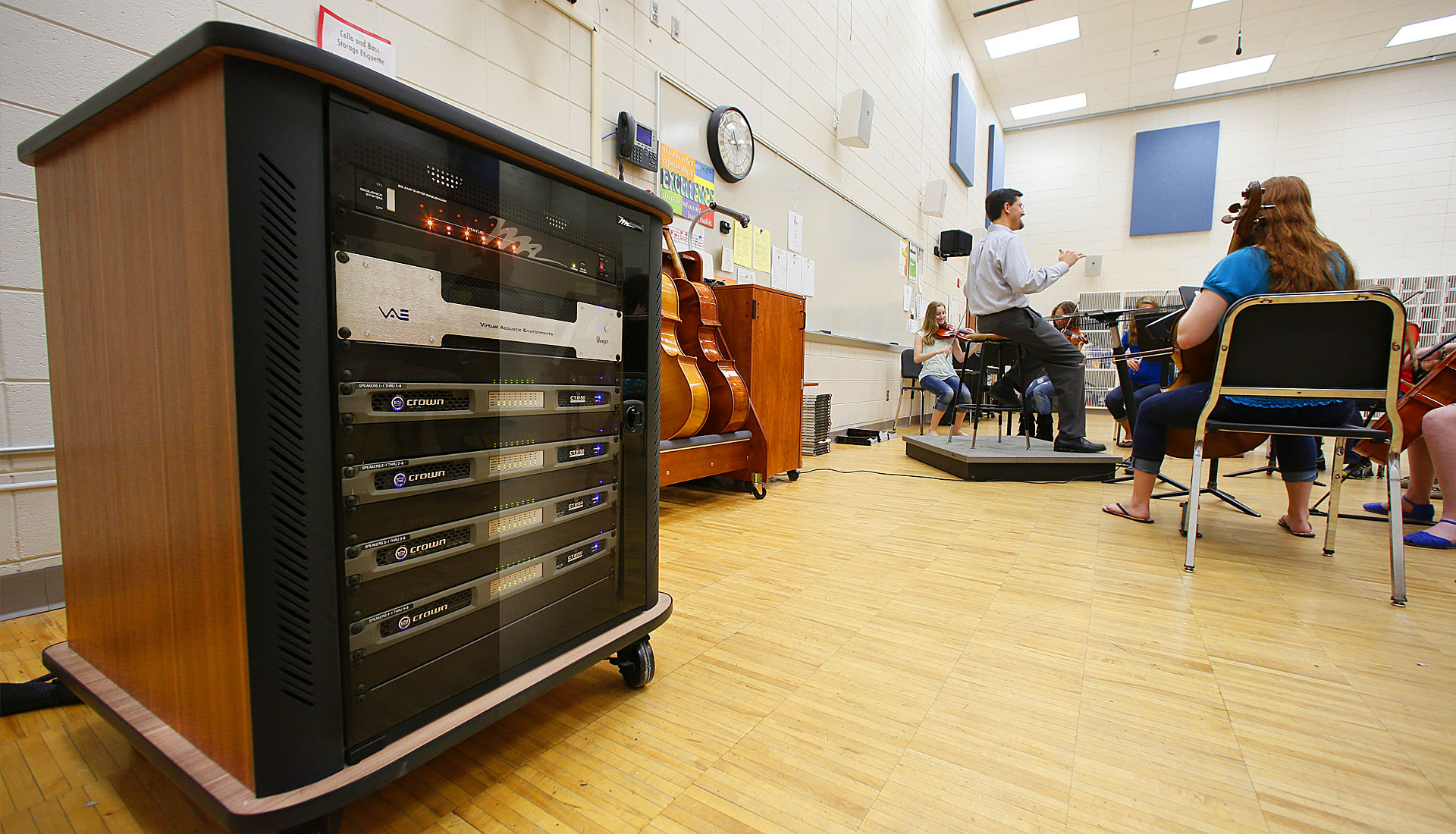 The VAE® Rehearsal System from Wenger is an amazing instrument that’s reshaping how directors teach and students learn. Its advanced audio technology enhances your rehearsal room acoustics to accelerate learning. It can vividly mimic the sound of performing in nine different environments including a cathedral, an arena or your own school’s auditorium – at the push of a button.

School auditoriums are heavily scheduled places. So trying to find time for your choral and instrumental groups to practice on stage can be difficult. The same goes when you are preparing for a special occasion in a large performance venue. Practicing in the dry environment of your rehearsal room can be limiting – unless you have VAE Rehearsal.

Easing the transition from the rehearsal to the performance environment allows students to focus more on the skills and habits they’ve developed in rehearsal and less on the unfamiliar performance space. VAE rehearsal comes with the same capabilities as all our VAE systems and includes the ability to be programmed to simulate the acoustics of your own auditorium.

Practice Where You Perform – Musicians refine their skills more efficiently in the rehearsal room when they can realistically hear what they will sound like in the actual performance space.

Nine Performance Environments – The musician can practice in a broad range of performance environments, ranging from a small recital hall to a cathedral.

Upload Capability – Upload accompaniments to practice with the rest of the group while in your practice session. 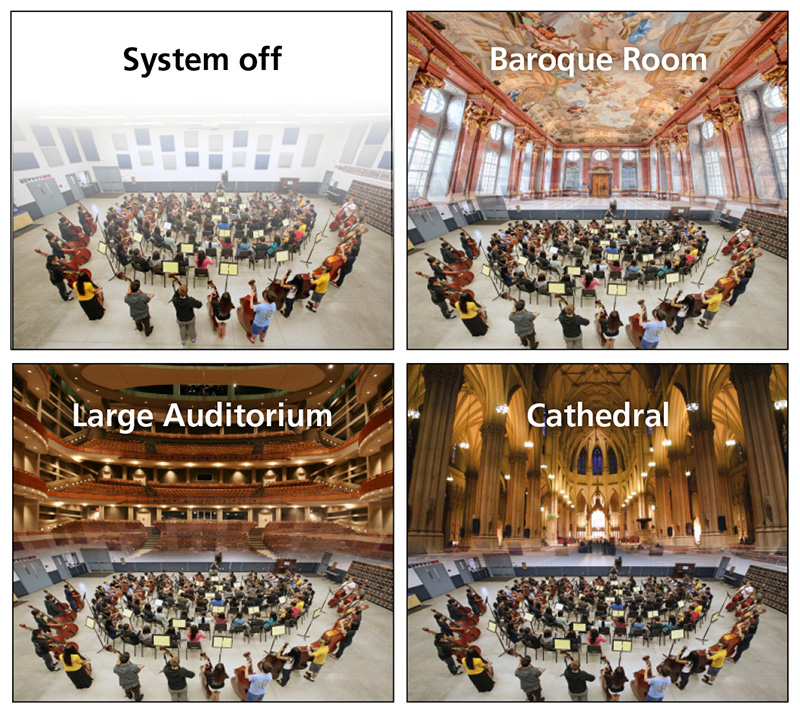 VAE Rehearsal’s ability to instantly change the acoustics of your practice space is an amazing learning tool. In addition to the eight standard virtual environments, Wenger can customize a setting that mimics your own auditorium or performance space. 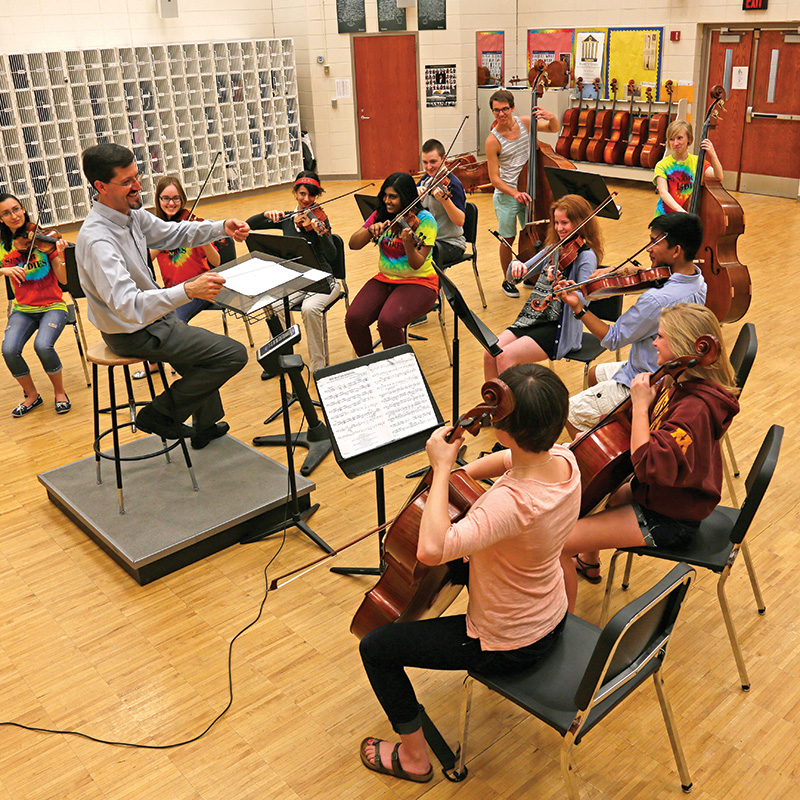 Fill your room with sound

A full classroom of vocalists or an entire band or orchestra isn’t too large a group for VAE. 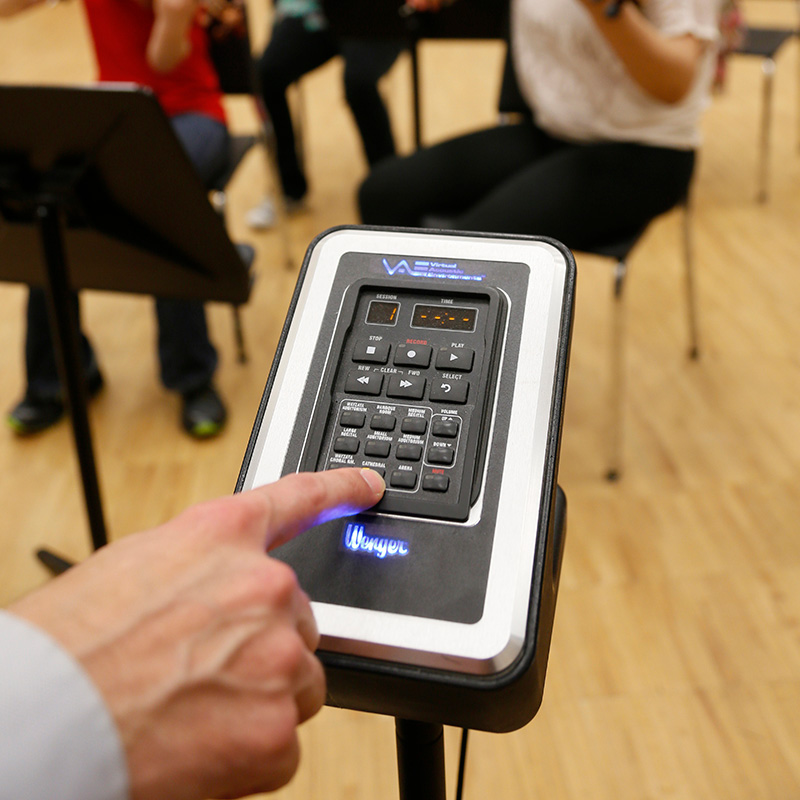 Change the settings, raise the volume, record and playback right from the portable control panel. 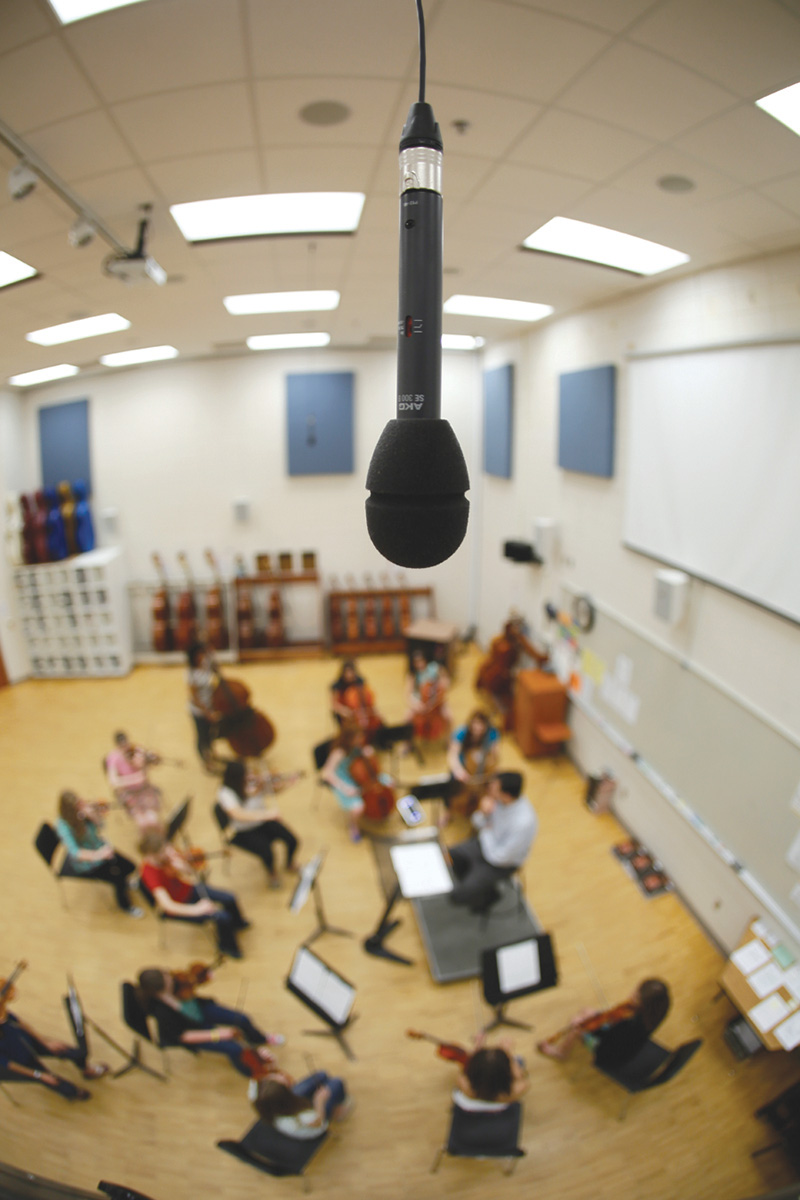 Strategically-placed microphones pick up every string pluck or whispered note. 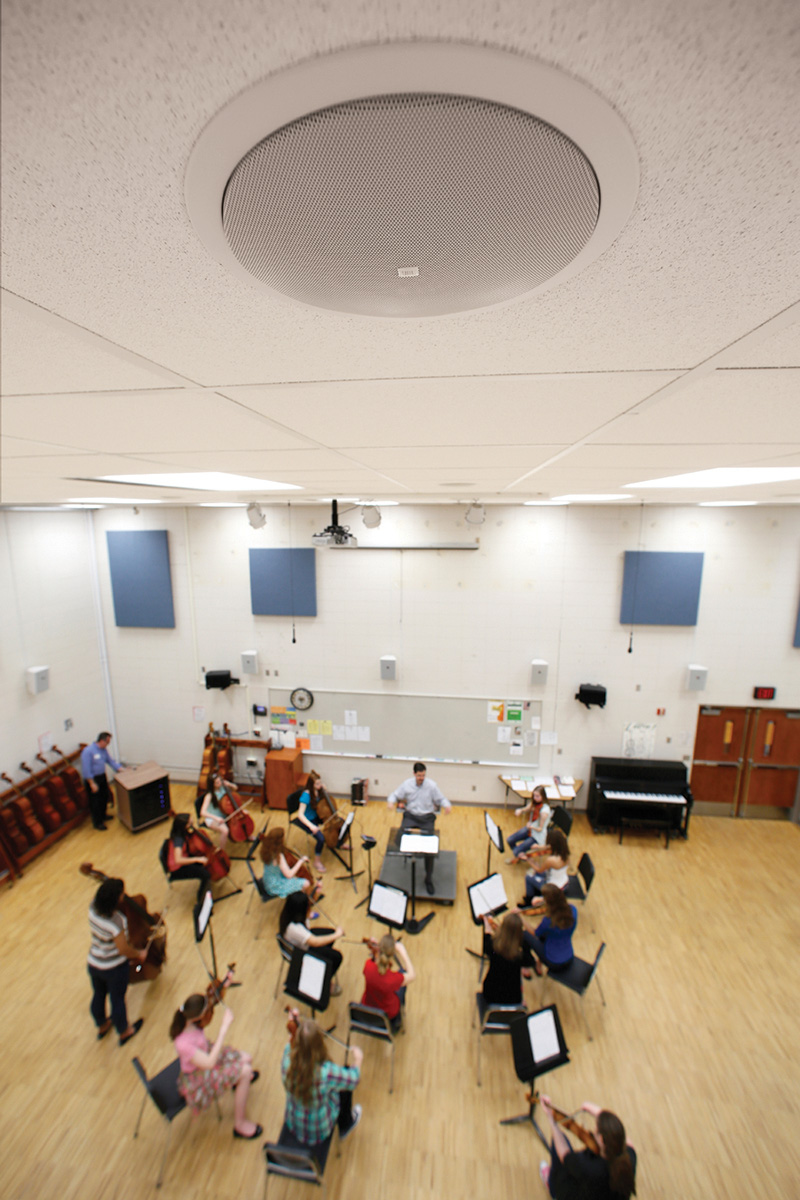 From the beginning, part of my interest in the VAE Rehearsal system was the ability to have a “Wayzata Auditorium” setting. The Wenger acousticians and engineers measured the acoustic environment in our auditorium and emulated that in our rehearsal room, making a smooth transition for our young musicians. Now when we’re rehearsing in our orchestra room, we can feel like we’re rehearsing on our stage. Or we can choose an acoustically drier environment if we like. The VAE Rehearsal gives us many options.

Initially, I thought the system was just a way to show students how they would sound onstage. But as soon as I was given a demo, I realized how I could use it as an everyday teaching tool.

When we first used the system, my students went “wow”. They said ‘can we do that again?’ or ‘can we try different settings?’ What I found was that they went from the “oohs and aahs” to talking about how they were listening to themselves differently and each other differently. While the “oohs and aahs” really are fun, and kids are inspired by them, they quickly found that they worked differently and more intelligently in their everyday rehearsal.

From a competition standpoint, we now have the opportunity to play every day in a hall that sounds like the stages we’ll compete on. That can’t help but give us an advantage.

Like many school auditoriums, it gets used almost on a daily basis by many school disciplines. Having the ability to have a custom setting that mirrors our auditorium in my rehearsal room is so valuable. It really helps when performance time comes on stage.

We get a lot of students coming in to practice in my room before school, after school and even during school. I’ve had to kick students out because they were late for their next class! Any time you can inspire students to practice more, that’s a good thing. 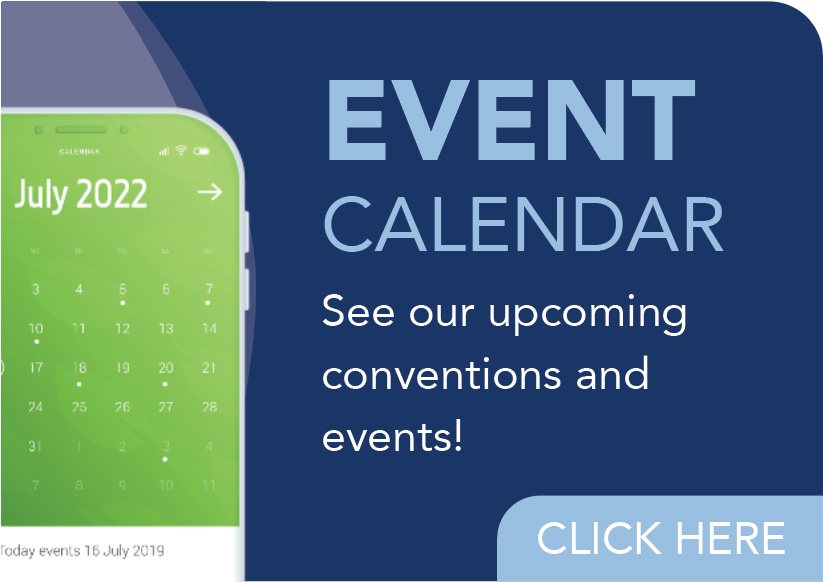 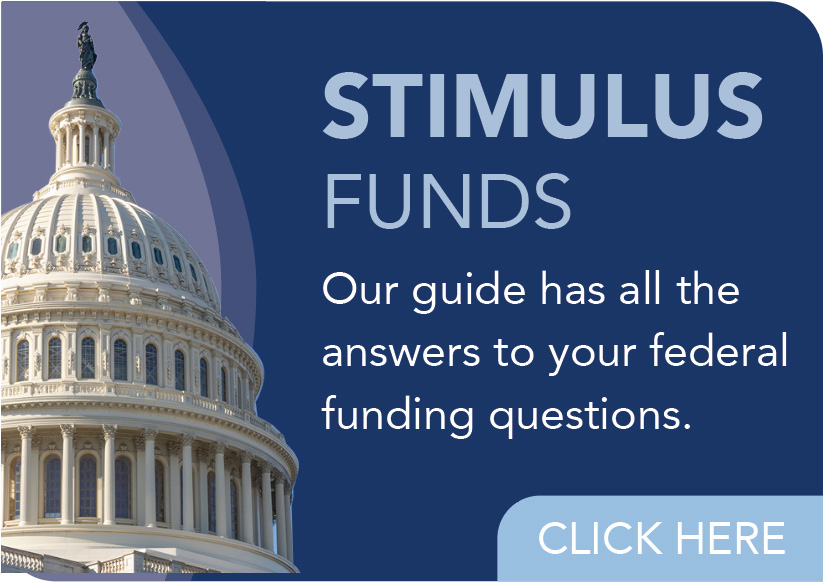 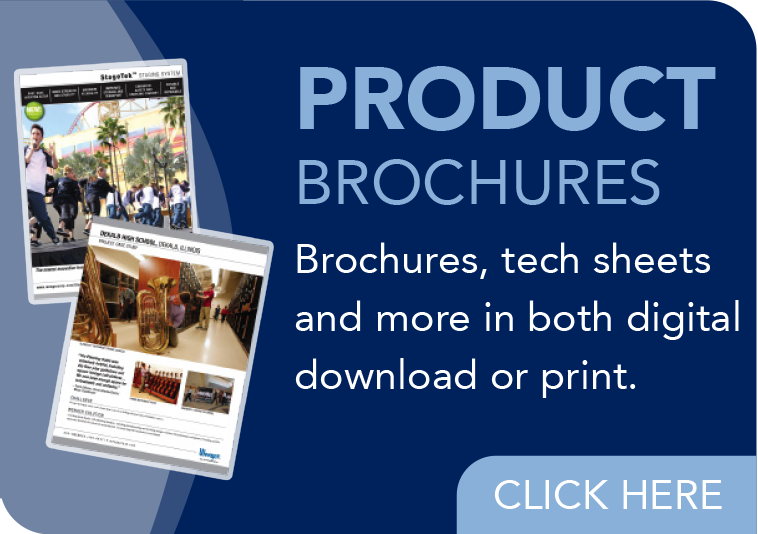